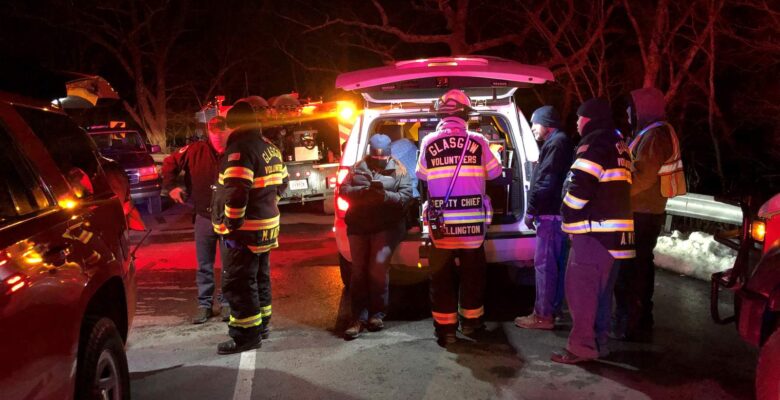 At about 3:15 p.m., the Big Island Volunteer Fire Company and Bedford County Special Operations Command were dispatched to another emergency rescue on the Appalachian Trail

The hiker was located after a 200 foot fall.

First responders have rescued an injured hiker who fell from the icy Appalachian Trail, making this the third rescue like this along the trail over the weekend.

Crews said the hiker fell about 200 feet off the mountain while hiking with a group.

A team of 60 first responders spent more than seven hours trying to save the hiker.

While a helicopter rescued the hiker, a few crews stepped through the snow to treat them on the ground.

“We’re at the point where we’re starting to get people out, but now the concern is the rescuers making their way out of the woods safely.”

This rescue happened on the same stretch of the Appalachian Trail where another injured hiker was airlifted.