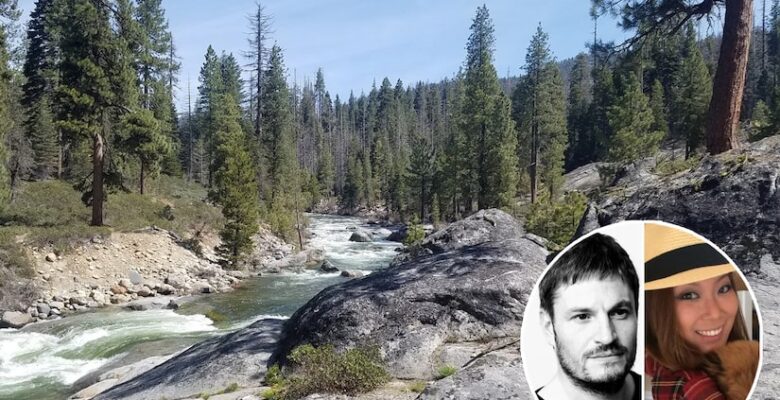 The family were not killed bay a gas leak from a mine — nor were they killed by any kind of weapon, police have determined.

In its first update on the bizarre case in a week, Mariposa County Sheriff’s Office revealed it had ruled out two causes of death — but still had not found any answers. Homicide had already been crossed off the list.

The department also provided a more detailed timeline of events leading up to the mysterious deaths; dad Jonathan Gerrish had researched the Hites Cove hike on a phone app on August 14, the day before they set out. Investigators revealed the family had completed most of the grueling 8.5-mile loop and were on their way back to their truck when they died on a steep switchback.

Gerrish was found in a seated position on the trail, with his infant daughter and eight-year-old dog next to him; Chung was discovered a little bit further up the path, the San Francisco Chronicle reported.

Because of the 2018 Ferguson Fire, some five miles of the trail has little or no foliage coverage or shade, meaning the family had been exposed to between 103 to 109 degree heat during the trek.

Toxic algae still has not been ruled out; detectives are still waiting on toxicology reports back from the autopsies; a camelback of water the couple were carrying is also being tested, as are samples of water taken from the nearby creek.

Warrants for the couple’s phones and social media accounts were obtained and are currently being scoured by the FBI; searches of their truck and home have turned up nothing of significance so far.
Source