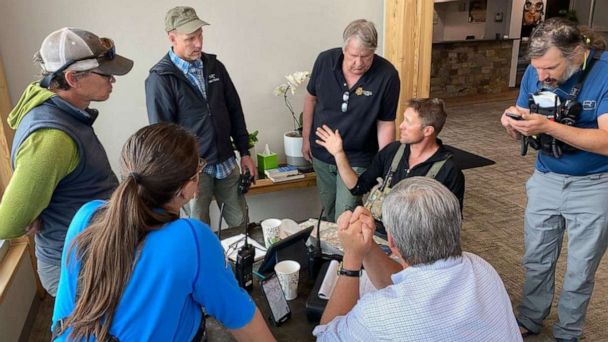 A hiker who went missing in Colorado over the weekend has been found dead after suffering traumatic injuries from an apparent fall while hiking alone.

The incident began at approximately 11 p.m. on Sunday, May 30, when 29-year-old Patrick Eells was reported missing after he had told his girlfriend earlier in the day that was going to hike from Telluride, Colorado, and run on Sneffels Highline and possibly the summit of Mt. Emma, according to the San Miguel County Sheriff’s Office.

A search and rescue mission was subsequently launched early on Monday morning to find Eells with about a dozen deputies joining the search as well as SAR members who were using multiple aircraft resources to help find the missing man.

Eells body was found only hours later on the Dallas-Gilpin ridge about 3.5 miles north of Telluride by the upper Mill Creek Basin area and below Gilpin peak at around 2 p.m. local time.

“We extend our deepest condolences to the family and friends of Mr. Eells who so clearly was in the prime of his life,” said San Miguel County Sheriff Bill Masters in a statement on social media.

A recovery mission was launched for Eells after he was found and authorities requested that people remained out of the area until their mission was completed.

“Sheriff Masters wishes to thank the deputies & SAR volunteers, Mountain Blade Runner, Olathe Spray, & Telluride Airport for their efforts in today’s mission for a missing hiker,” Masters tweeted late Monday night. “We are fortunate to have the expertise & resources available with our staff, volunteers, and regional partners to safely and efficiently accomplish a very difficult and technical mission today. We were all hoping for a better outcome, and again, our condolences to Mr. Eells’ family.”